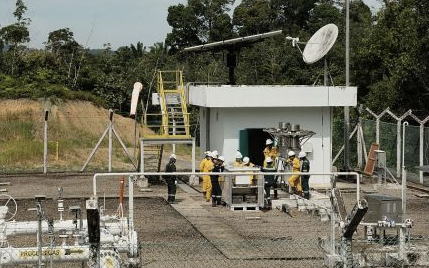 In critical infrastructures such as the oil and gas industry, safety and reliability are critical. But factors such as cost efficiency and emissions are also playing an increasingly important role.

The Sunfire Remote 400 are fuel cell power generators with a rated power of 350 W. They are designed for primary power supply and cover an average load range between 80 W and 1.4 kW, including parallel operation and hybrid configuration with PV. They are currently available for operation with natural gas or propane as fuel.

These solid oxide fuel cells (SOFC) with ceramic electrolyte have proven themselves in stationary continuous operation for several years. They are based on the principle that many ceramics become conductive to oxygen ions at temperatures above 650 °C and are therefore high-temperature fuel cells that operate as electrochemical energy converters mostly in the 700 °C to 850 °C range and are suitable for harsh environments.

Sunfire Fuel Cells GmbH has been producing and selling such fuel cell generators in the EU since 2014 and in North America since 2019. 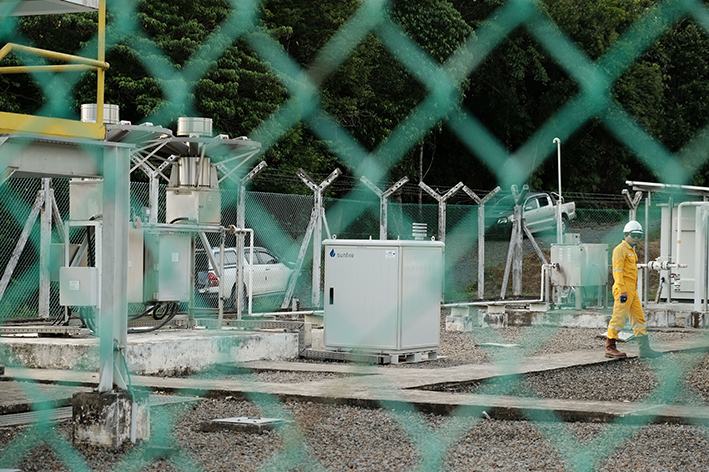 In 2021, Petronas Malaysia chose to operate a Sunfire Remote 400 Cabinet fuel cell generator to supply power to a block valve station on the Sabah-Sarawak gas pipeline in Borneo. The fuel cell generator was installed and commissioned by Sunfire’s Malaysian distribution and integration partner Petrolec Resources. It is now operational and running continuously as the primary power supply for all electrical loads in the station. It generates electrical energy with an efficiency of up to 30%, replacing the generators previously used, which had an efficiency of only 3%. This allows the user to reduce greenhouse gas emissions by up to 90%. The power generated is automatically adjusted to the energy demand of the load, with a battery storage system serving as a buffer for rapid load fluctuations and the start-up of the fuel cell generator.

The power solution has a compact footprint of only 1 x 1 m² and was designed with interfaces to connect to the natural gas pipeline, on-site loads and the existing SCADA system, allowing remote monitoring from the control room. Relevant operating parameters including fault and maintenance status are transmitted here. Figure 1: General view of the Petronas BV station.

End users continue to benefit from peak load capability of up to 660 W from the integrated battery bank and long maintenance intervals of 10,000 hours of operation, as no water, no lubricants and few moving parts are involved.

Proactive maintenance is limited to a visual inspection, replacement of the air and sulfur filters, and a final leak test. All this is done in half an hour.

Experience shows that an overhaul of the fuel cell generator, including replacement of the stack, is only required between 20,000 and 30,000 hours of operation for this application and can be scheduled as needed via remote monitoring.

In addition to previous references in the European gas industry, this installation again demonstrates how Sunfire remote fuel cells help reduce the time, cost, and ultimately emissions associated with powering electrical loads in the oil and gas industry. With the expanded availability of renewable ammonia or hydrogen, corresponding product variants will also be available in time. So nothing stands in the way of switching to a highly efficient, clean and sustainable solution.

Scope(s): Power supply to a block valve station on the Sabah-Sarawak gas pipeline.

R & D in the field of renewable energies

picea – year-round electricity storage for your own home

Stand-alone base station for 5G mobile communications in Trollstigen, Norway

Bamberg: Climate-friendly electricity from the neighbourhood

Fuel cell for public safety and health in Singapore

Mains backup system for a substation of Bayernwerk AG