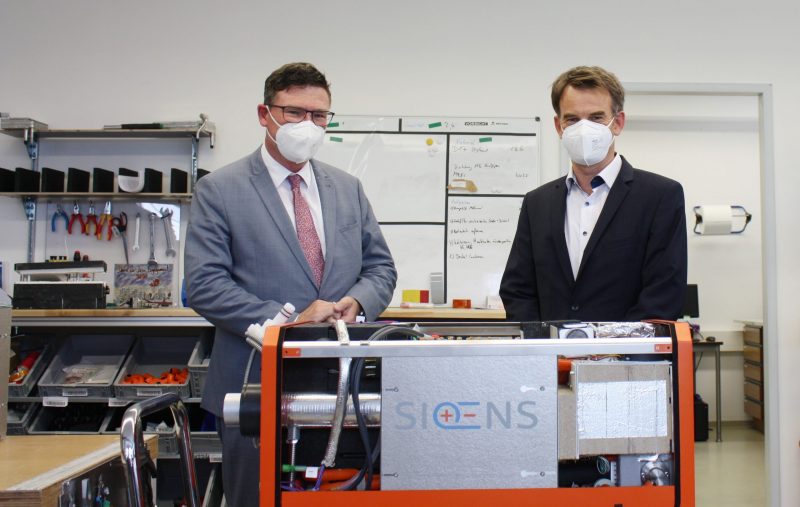 Dr. Stefan Kaufmann, the Innovation Officer “Green Hydrogen” of the Federal Ministry of Education and Research (BMBF), visiting the premises of SIQENS GmbH in Munich.

June 16, 2021, Munich – The Member of the Bundestag was welcomed by Volker Harbusch (Managing Director), Thomas Esser (Director Sales & Investor Relations), Tim Rossié (Director Operations) and Jonathan Kriegelstein (Product Manager). During a joint tour of the production facilities, the Innovation Officer was able to gain an impression of fuel cell production and was informed about the role of SIQENS technology in the decarbonisation of decentralised energy supply and the protection of critical infrastructures.

In the exchange, Volker Harbusch explained how the SIQENS fuel cell system Ecoport 800 works: a hydrogen fuel cell that extracts the hydrogen required for operation from liquid methanol and is used as a replacement for diesel generators. “Methanol is the simplest hydrogen carrier there is and much more easily transportable than hydrogen, which requires energy-intensive compression,” Harbusch said. “In addition, renewable-based methanol can be produced in a variety of ways.”

The subsequent discussion focused on the national hydrogen strategy and the fuel methanol as a hydrogen carrier. Thus, possibilities were discussed to better integrate alternative hydrogen carriers such as methanol into future projects and to reduce market barriers for renewable fuels. Dr. Kaufmann emphasized the importance of a technology-open approach with regard to hydrogen infrastructure and climate protection.

“As a liquid storage medium, methanol is capable of ensuring an economical and decentralized supply of hydrogen. For us, methanol therefore plays a central role in the rapid and cost-effective development of the hydrogen infrastructure,” says Volker Harbusch. “Methanol-fueled hydrogen fuel cells like SIQENS’ complement the use of solar energy and battery storage – and can eliminate the need for diesel generators in remote regions or for critical infrastructure.”

SIQENS, founded in Munich in 2012, develops and produces methanol fuel cells. The units are used as an alternative to diesel generators and are used for emergency power supply, as well as in places without a fixed connection to the power grid.

The SIQENS fuel cell system, the Ecoport, is operated with liquid methanol. Hydrogen is produced from the methanol in the Ecoport. This reacts with oxygen to generate electrical energy. The Ecoport is connected to a battery and automatically recharges it when needed. Connected electrical devices are supplied directly from the battery. Thanks to patented circuits for the recovery of process media and energy, the system runs particularly efficiently.

In contrast to diesel generators, fuel cells are economical, require hardly any maintenance and emit neither fine dust nor nitrogen oxides, as well as significantly reducedCO2 emissions. In future, only methanol from regenerative sources will be used, making operation completely climate-neutral.

The fuel cell is the Swiss army knife of energy supply

SFC: We want to supply the 5G network with hydrogen

The momentum of hydrogen

With the fuel cell come opportunities 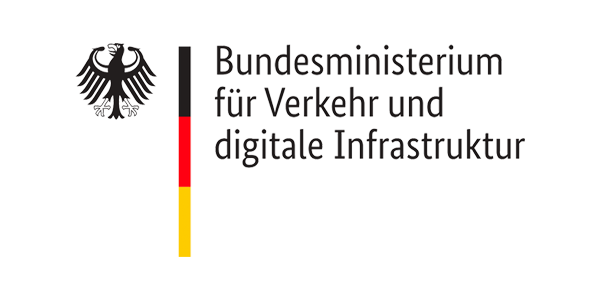 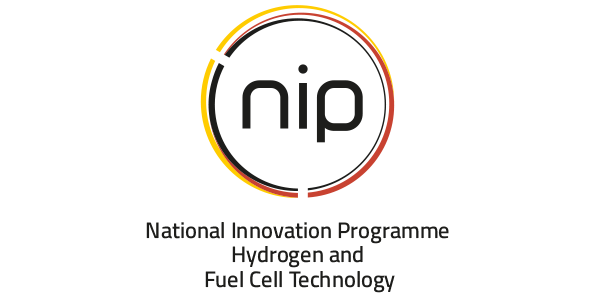 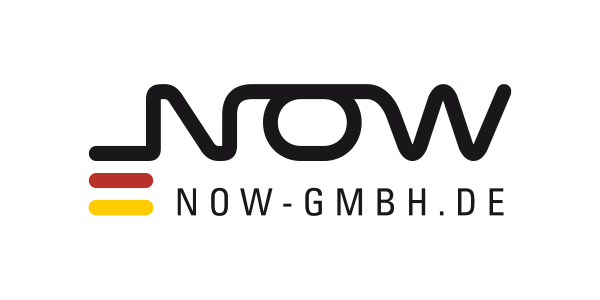